Primetime is used to plan for retirement but it doesn’t stop there . Where most planning stops at achieving a financial goal, primetime becomes ever more relevant.

Primetime recognises 4 distinct phases through retirement which may span over 20 years.

Some aspects of planning are “constants”. This means that they planning should be done early and then maintained through life.

Other aspects are “specifics”. This means they are more likely to be more important at a specific stage of retirement. 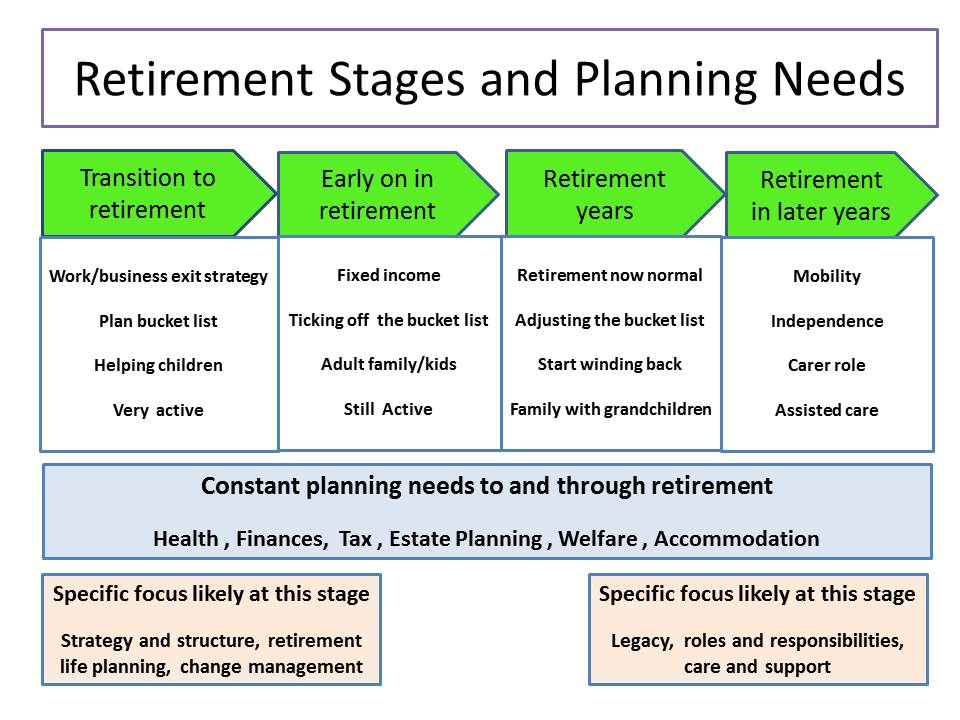 Planning at this stage often consists of financial planning, taking care of business, and planning to tick off those first few bucket list items “getting all your ducks in a row”.

The Primetime plan considers up to the first 5 years after retirement as the early years.  This is considered to be a very tricky period of “change management” at a very personal level as people and couple adjust to their new life.

Once a person has fully adjusted to retired life, this should be “the sweet spot”. If already well planned this would mean refining and adjusting those plans as feeling and circumstances change.

It should be recognised that inevitably, people need assistance at some point in their latter years and this is largely overlooked by many people.  With Primetime planning we ask the “what if” questions so that ageing is considered and planned for early.